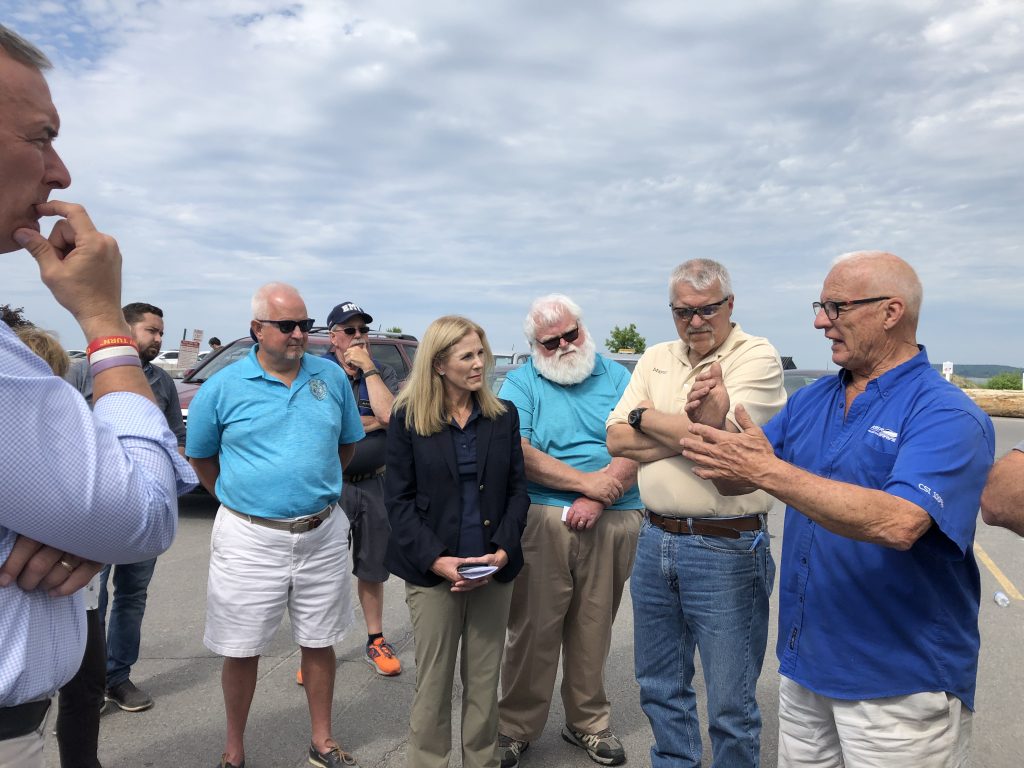 I’m sure most of you by now have heard that the IJC Commissioners were in the area on Friday. Both meetings were arranged by Congressman Katko’s office and were requested to be low key. Several state assemblypersons, including Brian Manktelow from our area, were present. In addition, several Oswego County and Cayuga County representatives were in attendance in Oswego along with Steve Leroy, Jim Basile, the Fair Haven mayor and I.  Jane Corwin, the US Section Lead, Pierre Beland, the Canadian Section Chair and Lance Yohe were the three commissioners in attendance. The US commissioners clearly understand the issues and want to make some changes. I did learn that the IJC is a consensus organization which means all six commissioners must agree to make changes, not a simple majority. One change that Jane indicated the commissioners were prepared to make was to raise the outflow and impact shipping. This request needs to come from the River Control Board and they have yet to make that request.

Jane Corwin was the only IJC Commissioner that came to Sodus Point. The purpose of that visit was to talk with local residents who had reached out to congressman Katko and to talk with a few local business owners. That was accomplished.

I have invited the commissioners to come to Sodus Point for a public meeting. Commissioners Pierre Beland and Jane Corwin are interested in doing that. Once it is scheduled we will let you know.

We were also visited by members of the Wayne County Planning Team for the REDI project. Members of the DEC, Dormitory Authority, DOT and the governor’s office participated. We walked through the village and discussed the project ideas as they exist today. You can see the list here. Our project ideas are being well received and it appears likely that a few of them will get selected. Once they had seen Sodus Point, they took a boat tour to view Charles Point and Crescent Beach issues. The next meeting is on July 11th in Lyons.

On behalf of all of the village employees, I’d like to wish you a safe and fun Independence Day and I hope you are able to enjoy many of the planned celebrations around the village.

If you have any questions or suggestions, please do not hesitate to reach out.